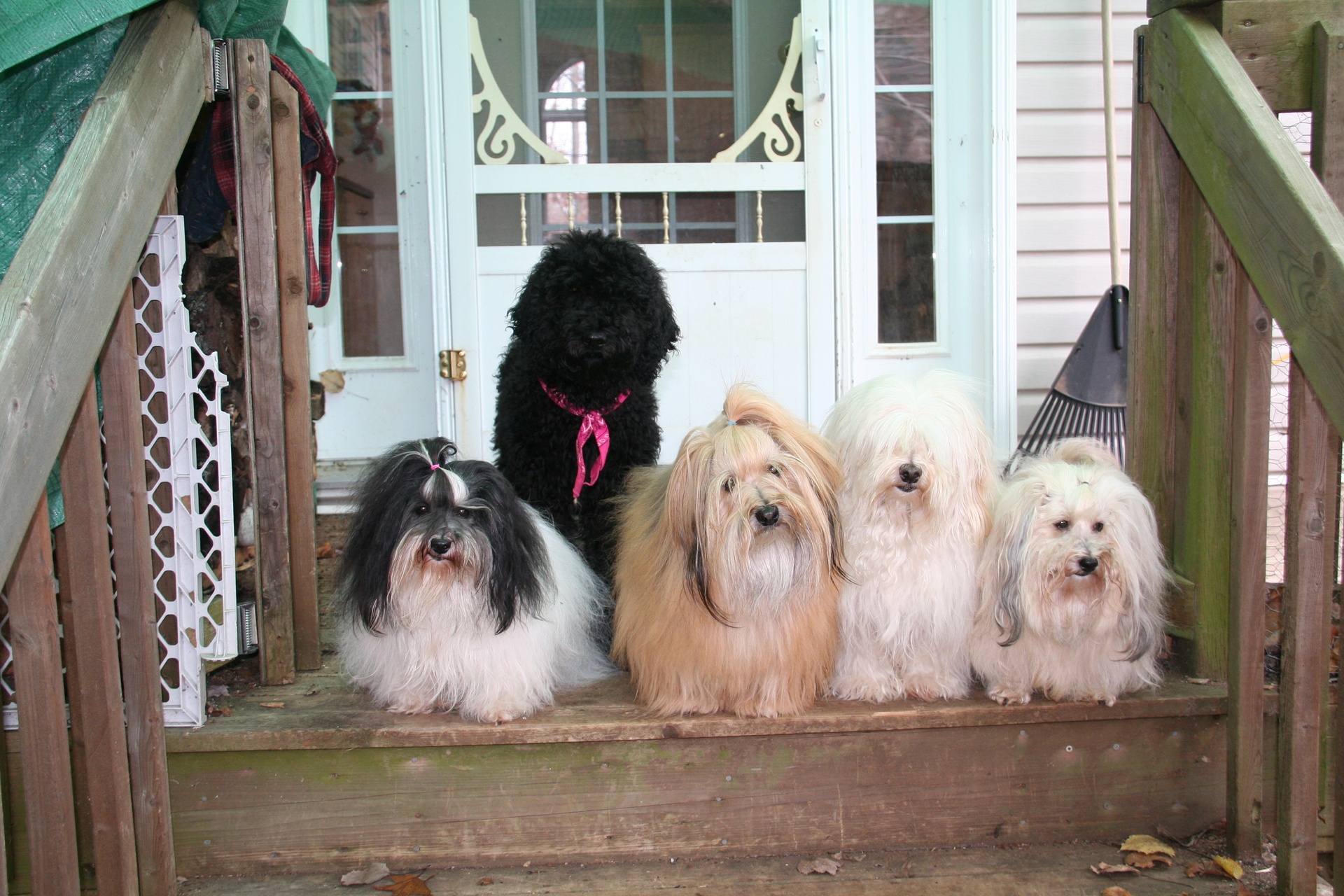 Welcome To the World of Havanese!

What is a Havanese?

The Havanese ("Habaneros" in Spanish) is also known as the Havana Silk Dog. These little "charmers" are a part of the Bichon Family and are descended from the same bloodlines that produced the Water Spaniel, Poodle, and Portugues Water dog. It is believed that during the days of the Spanish Empire they were brought to Cuba by sea captains to be sold to wealthy Cuban families as well as given as gifts to win the favour of wealthy senoras. 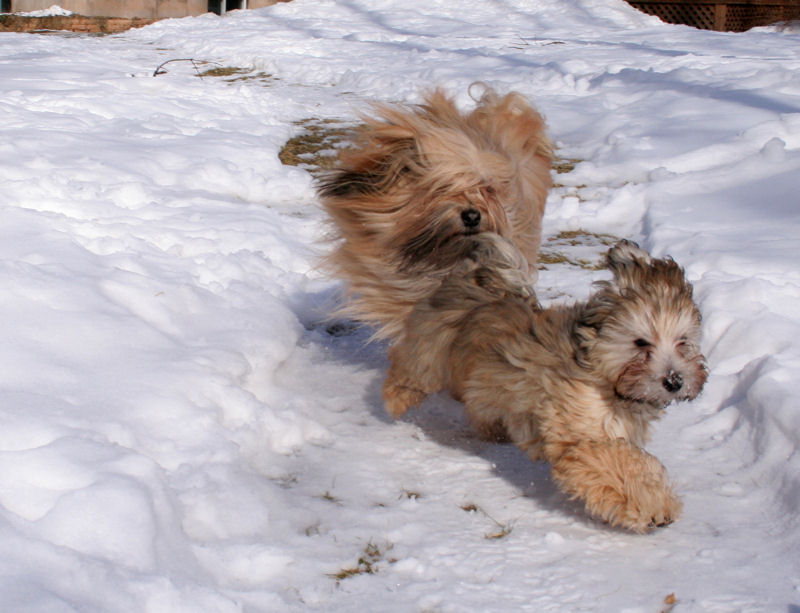 The breed is thought to have developed without outside influence and evolved unique adaptations for the hot cuban climate. It is a remarkably heat-tolerant dog, due to its unique coat. The coat is like raw silk floss, profuse, but extremely light and soft, and insulating against the tropical sun. In its native country, the coat was never clipped for this reason, and the hair never tied into a topknot, as the Cubans believe the hair protects the eyes from the harsh sun. It loves the water and is an accomplished swimmer.

By the mid-eighteenth century, they became very popular in Europe. Queen Victoria is said to have owned two and Charles Dickens had one called Tim, which was much beloved by his seven children. They were exhibited in the early European dog shows and type was well-established. In Cuba meanwhile, the times were changing. The aristocracy of the sugar barons was dying out and a new class was emerging, the bourgeoisie, and the little dog of Havana, adaptable as always, became an exceptional family dog, playmate of children, watchdog.  It is a position he has held there for the past hundred and fifty years. It is said, though debated, that they were also a herder of the family poultry flock.

For much more information on everything Havanese visit the Havanese Fanciers of Canada website http://www.havanesefanciers.com/. 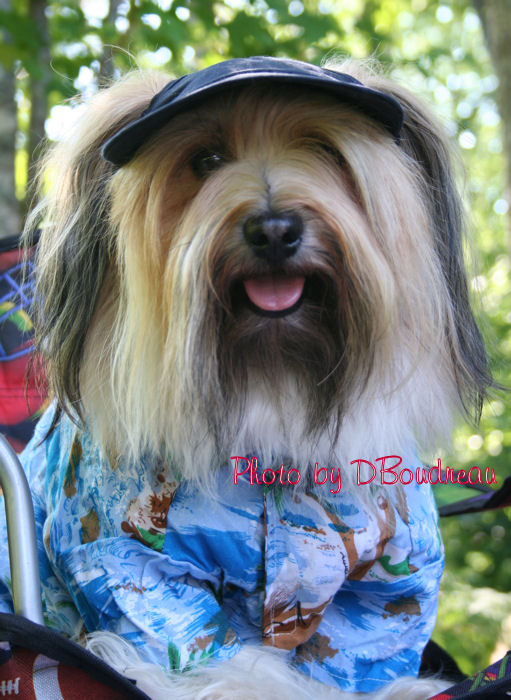 ORIGIN AND PURPOSE: Originating in the Western Mediterranean region, Havanese are descended from old world Bichon types. Early sea merchants brought these small dogs to Cuba where the breed was further developed and refined; for centuries prized by upper social classes as childrens' playmates and loving companions. Though numbers were severely decimated by the late 1950?s Cuban revolution, the breed has regrown from surviving descendants. No longer a token of high society; the Havanese today is a companion dog to be enjoyed by all.

GENERAL APPEARANCE: Sturdy, well balanced, small drop-eared dog, rectangular in outline, slightly longer than tall, with long abundant, soft and wavy hair in a variety of colours and patterns. Casual and carefree, unaffected in both manner and appearance. Movement lively and elastic, plumed tail carried over the back.

TEMPERAMENT: Exceptionally bright and attentive, easily trained in many capacities. Affectionate, happy natured, amiable, a charmer, playful and even a bit of a clown. An eager, lively, devoted family companion, typically good with children.

SIZE: Ideal height at withers 23-27cm (9.0-10.6 inches). Tolerance from 21-29cm (8.3-11.4 inches). Proportion and Substance: Small dog with a sense of refinement yet also sturdy; weight proportionate to height and bone, maintaining a balanced moderate build without exaggeration towards either fragility or coarseness.

COAT and COLOUR: Hair: Well suited to a breed developed in the tropics, the abundant, silken double coat is fine, soft and lightweight throughout, with a subtle airiness, less substantial at the touch than appearance suggests. Undercoat light and may not be very developed. The topcoat, very long (12-18cm in adults) does not hang to the ground, allowing light under the dog when standing on a solid surface; it enhances and reflects the lines of the body. No preference given for extreme length or profuseness. Puppy coats shorter, softer, less full than adult?s. Hair ideally wavy; any degree of wave permissible. Single, perfectly straight or tightly curled coats undesirable; wooly, harsh or wiry textures incorrect. Natural coat separation is acceptable, deliberate parting is not. Head furnishings simply brushed back or allowed to fall naturally. Scissoring and all trimming forbidden. Exceptions: tidying the base of the feet and minimal hygienic trimming unnoticeable on presentation. Thorough hands-on examination helps evaluate faults and qualities concealed by coat. 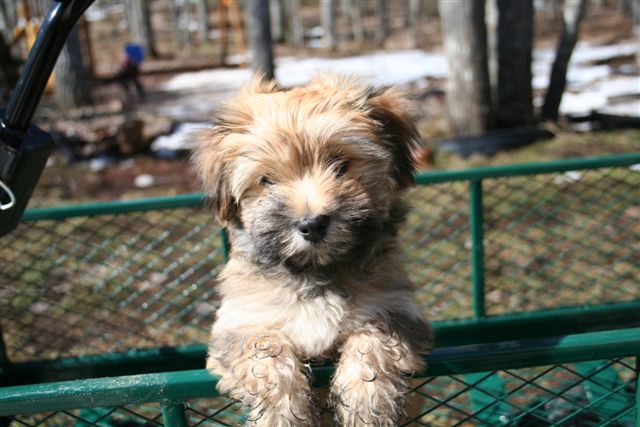 TAIL: Plumed tail, moderately high set, furnished with long silky feathering falling over the back or to either side. Loosely curled over the back while gaiting

GAIT: The Havanese has a strikingly light-footed and elastic gait which contributes greatly to breed type. Movement is lively and springy, forelegs free striding and pointing straight forward; hindlegs giving the impulsion and moving in a straight line. Topline steady in motion; head naturally carried high. Movement best evaluated at the trot with dog moving freely on loose lead. Show of pads permissible.

· Depigmented nose
· Overshot or undershot
· Ectropion, Entropion; one or both eyerims totally depigmented
· Height: under 21cm or over 29cm (minimum not applicable to puppies under 12 months)
· N.B.: Males must have two apparently normal testicles fully descended 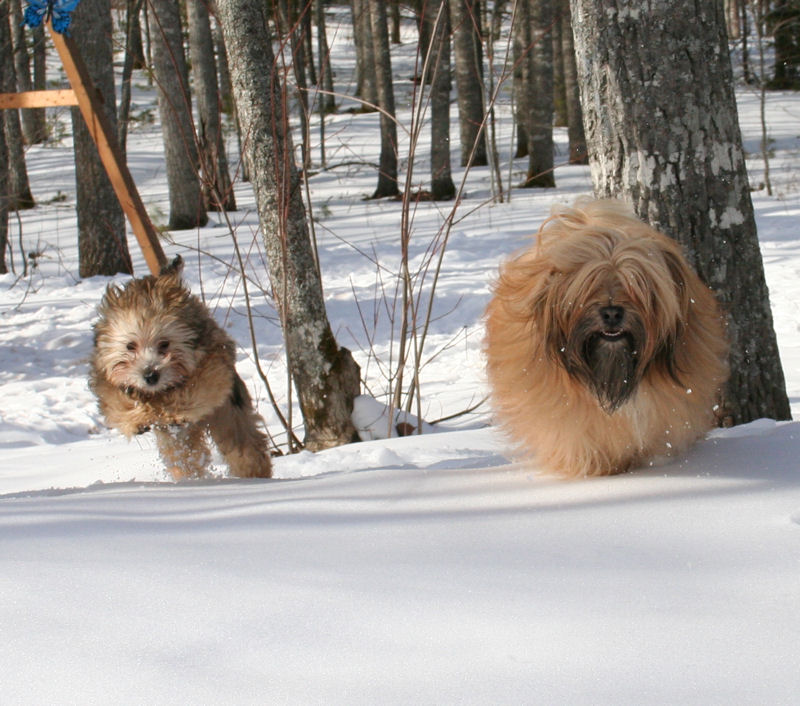